When people from, say, New York City ask me where I live, and I tell them “Blacksburg, Virginia,” sometimes I’ll add, by way of clarification, “Our nearest big city is Roanoke.” Then they sigh with relief and say, “Oh, I know where that is.”

But they don’t. They hear “Roanoke” and their brains waddle to the mental card catalog and pull out “Roanoke, Lost Colony of.” This is not that Roanoke.

This Roanoke is a city of about 97,000 far, far away from the Virginia cities you have heard of. It’s 3 hours from Richmond, the state capitol, and 2 hours from Charlottesville, where University of Virginia lives, and 4.5 hours from the beach and from Washington, D.C. I’ll admit it: since I’ve moved to this part of the state, I’ve been ever so slightly annoyed that this was our big city. With its rinky-dink, four-gate airport and expensive flights. With its boring, sad mall. With its itsy-bitsy zoo.

But a couple weeks ago, I went to Roanoke’s CityWorks Xpo, a big-ideas placemaking conference downtown, and after a diet of solid inspiration for three straight days, I had a completely different view of the city. It looked like this: 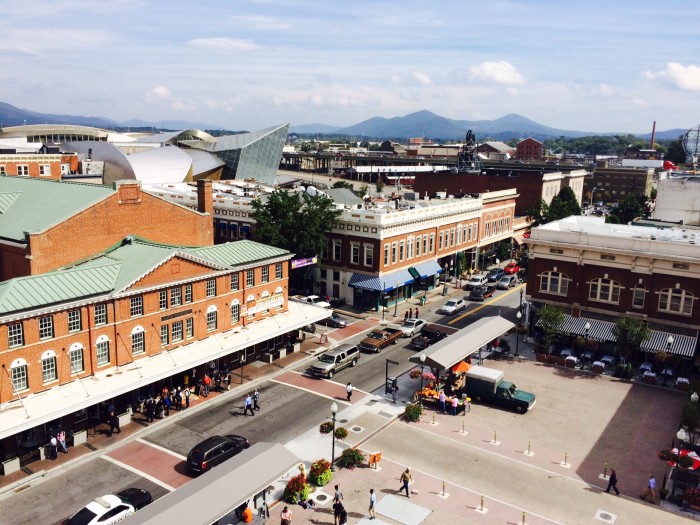 Beautiful, right? Inside that light-brick building, the City Market building, is this little indie food court, with beautiful salads and sweet potato fries from Firefly Fare, and dumplings from Marco and Luca. That spiky building in back? That’s the avant garde Taubman Museum of Art, designed by a guy who used to work with Frank Gehry. In the square below, they hold regular farmers markets. On Saturday, near the tractor display, a crowd cheered on a troupe of cloggers. 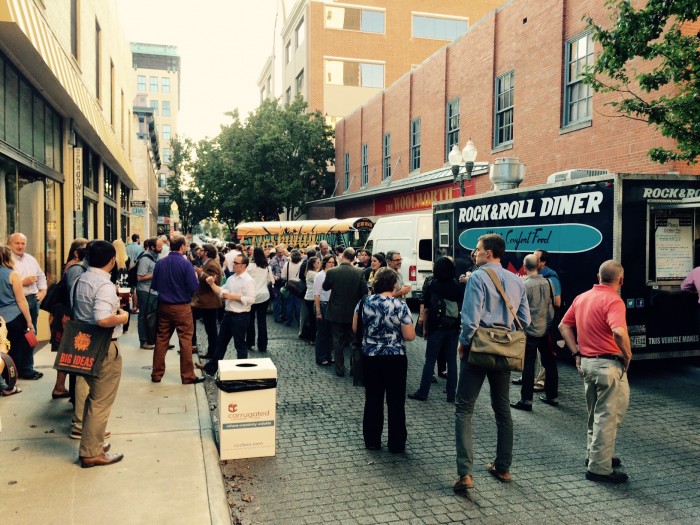 Thursday night, skaters from Roanoke’s roller derby team, the Star City Rollers, led the way to Kirk Street, where snaky lines were starting to form in front of the food trucks. This is the street where Quinn and I saw our folk rock idol Dar Williams perform at Kirk Avenue Music Hall last fall—one of the best music experiences I’ve ever had. We were shoehorned into this tiny brick storefront so it felt like Dar Williams was performing in my living room. Afterward, she sat out front and signed autographs, at which point I got to gibber unintelligibly to her about how seeing her in concert knocked a prominent item off my bucket list. (True.) 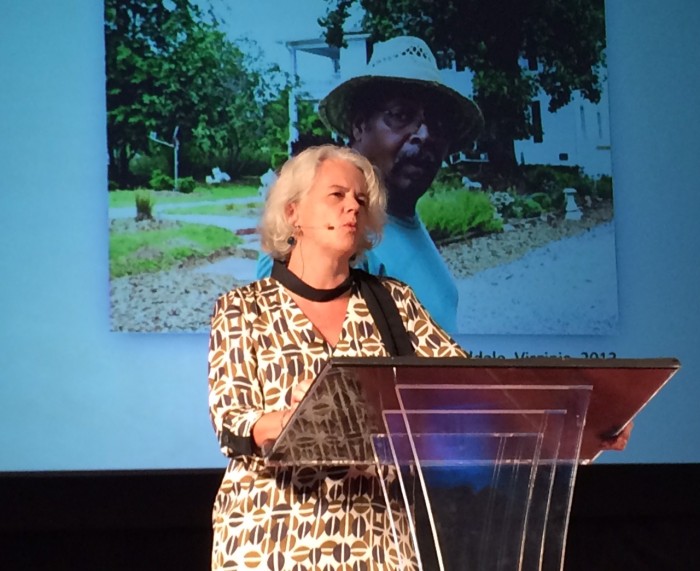 Then on the last day of the conference Beth Macy spoke about her new book Factory Man, and I got to gibber unintelligibly to her as well. She’s a Roanoke-based journalist whose book, about globalization and the offshoring of American businesses broadly, and the Bassett family of furniture companies specifically, hit the New York Times bestseller list. Tom Hanks wrote, “I give it 42 stars. No, I give it 142 stars. Yeah, it’s THAT good.” Then he bought up the rights, with plans to make an HBO miniseries out of it. So yeah, she’s famous. I was so wowed that I could barely remember my own name when I talked to her. (Also true.)

During CityWorks Xpo, I heard a professor from Hollins College, in Roanoke, talk about dramatizing the works of some of their most famous grads. (Annie Dillard went to Hollins; Tinker Creek is nearby.)

I heard a guy talk about revitalizing a sad neighborhood in Roanoke by living there.

I met a woman who started a nonprofit to teach kids how to cook and love healthy foods. After moving here from Maine she briefly thought, “What have I done?” Now, she says, she loves it. The city has changed in the past couple years. People are energetic. Things are happening. Everyone can feel it.

I can feel it now too.