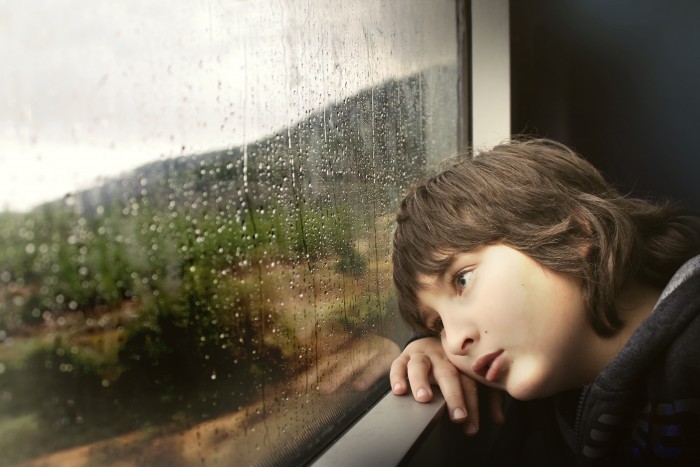 To break the news to our two daughters that we were moving to Blacksburg, Virginia, I concocted a scavenger hunt around our house in Austin that finally led them to a wall map. Next to the state of Virginia, a Post-It note said, “We’re moving.” Ella, then ten years old, looked at us with glistening eyes. “Really?” she said.

Then she broke into a grin and flung her arms around us. “Thank you!”

So that was weird.

More typical, perhaps, is my friend’s daughter Grace, who spent her first couple months in Blacksburg prattling on about the places and people she missed in her old town of Ithaca, New York. “It’s not that I don’t like it here,” she reassured her mother. “But something just doesn’t feel right.”

Moving is part thrilling, part awful, always emotionally fraught. And as hard as it is for emotionally stable adults, it can be particularly trying for children. By age five, when kids are old enough to have their own social network and happy memories of life in a place, a move can feel like a forced march into enemy territory. All that is familiar, comfortable, and beloved is being left behind.

Most kids are resilient, moping for a few weeks or months, but eventually settling into new friendships and falling in love with their surroundings—in the same slow, careful way adults do.

But I’m not going to lie. If you’re moving with kids or teenagers this summer, you’re right to worry, at least a little. Geographic mobility has been shown to have serious adverse effects, particularly for teenagers.

One longitudinal study of data gathered in Amsterdam found that teenagers who moved a lot were more likely to suffer from stress, fatigue, irratibility, depression, sleep difficulties, and other psychosocial issues as adults. A University of Virginia study showed that introverts who moved a lot as children died earlier as adults. Other researchers have found that frequent or recent movers performed worse in school and were more likely to misbehave, abuse drugs, or engage in sexually promiscuous behavior.

Why so many problems? Psychologists suggest you blame the unmooring range of negative feelings and experiences that children deal with when they move: loss, grief, loneliness, fear of the unknown, lack of social support, frustration, stress, and helplessness. For some children, particularly those in familial situations already low on stability, the emotional demands of moving can set off a cascade of lasting psychological and emotional effects.

If you’re planning a move or anticipating a job transfer, you’re probably scared right now. Here’s the good news: Your move doesn’t have to completely mess up your kid for life. Simply being mindful of your child’s needs during this transition allows you to offer extra help. Here’s how.

Doohee Lee, “Residential Mobility and Gateway Drug Use Among Hispanic Adolescents in the U.S.: Evidence from a National Survey,” The American Journal of Drug and Alcohol Abuse 33 (2007): 799–806.

Kuan-Chia Lin, J. W. R. Twisk, and Hui-Chuan Huang, “Longitudinal Impact of Frequent Geographic Relocation from Adolescence to Adulthood on Psychosocial Stress and Vital Exhaustion at Ages 32 and 42 Years: The Amsterdam Growth and Health Longitudinal Study,” Journal of Epidemiology 22, no. 5 (2012): 469–76.

David J. Dewit, “Frequent Childhood Geographic Relocation: Its Impact on Drug Use Initiation and the Development of Alcohol and Other Drug-Related Problems Among Adolescents and Young Adults,” Addictive Behaviors 23, no. 5 (1998): 623–34.