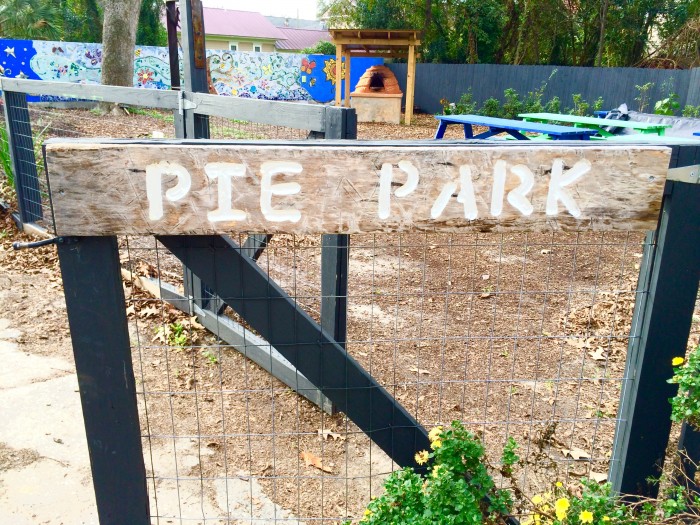 The highway overpass that funnels vacationers like me toward the high-end shops and million-dollar mansions of downtown Charleston, South Carolina, soars a hundred feet above a very different kind of neighborhood, a part of the city known as the Upper Peninsula. The homes here are small, interspersed among warehouses and union halls, and lived in primarily by low-income, African-American Charlestonians. With three thousand residents spread across 800 acres, the streets have a worn, slightly abandoned feel.

This is a part of Charleston that’s expected to change dramatically in the next five or ten years. As people and businesses are crowded or priced out of other parts of Charleston, the Upper Peninsula will, it’s hoped, get the spillover. Already new restaurants are being built and businesses are moving in. It’s the city’s wild frontier, and as Rachel Parris, director of development and community relations for the placemaking nonprofit Enough Pie (because they believe “there’s enough pie to go around” for everyone in Charleston), explains, “Right now we’re looking to mold that growth and shape it in a way that’s really inclusive. That’s where creative placemaking and community engagement come in.”

To show me, Rachel drives me to the Romney Urban Garden. Once a vacant lot where Romney Street dead-ends a few blocks past the Highway 26 overpass, the space is now a well-groomed park, marked by a gate and an archway welded from garden tools. Grow boxes overflow with last season’s most persistent greens. A few beachy blue and green picnic tables offer a place to sit. Rachel points out a mosaic hopscotch board that was funded by an Enough Pie microgrant and assembled by people who live around here.

Outside the garden gate, the rest of the street is a high-low jumble of churches and houses, some that seem to be standing by virtue of only a few coats of peeling paint. The white clapboard house next door has weathered into a forlorn gray, with a slumped front porch that suggest it’s not long for this world. It makes me wonder: Is an urban garden just a Band-Aid solution?

Obviously, Charleston isn’t the only city to try this. Community gardens have sprouted in vacant lots all over the country, from Pittsburgh to Detroit to Phoenix, as a way to repurpose empty land and beautify blight. Nice, but in places scarred by poverty, neglect, and racism, does something this small really help?

Here’s the thing: urban gardens aren’t just lovely to look at. They’re meant to be gathering places for neighbors, and when people get together and start talking, when they start having fun, and when they see something awful turn into something lovely, it makes them excited about where they live.

When the Romney Urban Garden opened, Enough Pie sponsored a pizza party. “Holding a meeting, you might get five to ten people in your community,” Rachel tells me. “At the pizza party we had 300 people here, so it’s a great opportunity [for neighbors] to talk about how to grandfather in your taxes so your taxes don’t raise, or hey, you need help with this, this person’s here, they can help you.”

Sometimes cities fall into disrepair because people don’t feel connected and invested enough to keep them up. But as the beloved urbanist Jane Jacobs explained, old houses have a way of being snapped up and rehabilitated once “life [breaks] out” in a neighborhood. “People in search of what is both unique and alive would ferret them out.”

Because they make streets like Romney come alive, something as seemingly minor as a community garden or a mosaic hopscotch board could turn around a block. Already you can see signs of that here, with construction workers buzzing around a historic freedman’s cottage that’s being restored next to the garden. “It helps bring people together and reinvests them in the community they’re already in,“ Rachel says. When people get together, they share information, form alliances, and build trust. They start to feel like they have a voice, and for communities that are changing, that matters. A lot.