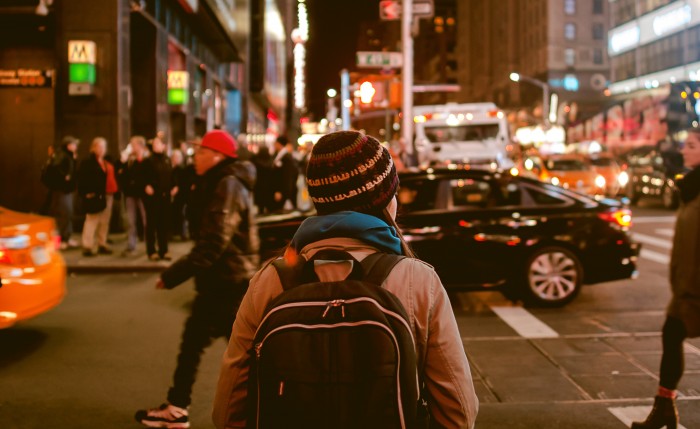 Imagine you’re at a party with a bunch of people you don’t know, and someone asks, “Where are you from?”

How do you respond: With the name of your neighborhood? Your city? Your hometown? Your state?

It probably depends on a couple things. First, the social context. If you’re from Mobile, Alabama, and you’re standing at a Mobile bar surrounded by fellow Mobilians, you’d probably zoom in on your neighborhood. If you’re partying it up in Paris, you’d probably say, “Alabama.” In Vietnam, perhaps “I’m from America” might be your best bet for a nod of recognition.

Second, how you describe where you’re from depends on your sense of place identity. According to social identity theory, we gain our sense of self through our membership in social categories—gender, religion, and so on. Because we all live somewhere, it’s a natural for social identity; the more positively we feel about it, and the more we see our place as a reflection of our core personality, the more we tend to emphasize it. So if you adore Miami and think your residency there says everything other people need to know about you, you’ve developed quite a strong sense of place identity.

There’s also a dark side to social identity, though, and it’s that “social identity is developed and only makes sense in an intergroup context of social comparisons,” write Fatima Bernardo and Jose-Manuel Palma-Oliveira, psychologists from the Universidade de Evora and the Universidade de Lisboa, both in Portugal. How do we know which group we belong to? Because there are other groups we don’t belong to.

Naturally, we want to believe we’re in the in-group, and the best way to assure that is by thinking of someone else as the out-group—and we always mildly hate them. Where we’re from not only makes us different, it also makes us superior. So we think: Yay, Southerners! Boo, Northerners! Or we tell ourselves that California is better than Arizona or Arizona is better than New Mexico, or Texas is better than everyone. Identifying ourselves with a social group means drawing a dark line between Us and Them.

To see how in-groups and out-groups develop in places, Bernardo and Palma-Oliveira studied four distinct neighborhoods in Lisbon, surveying 180 residents about how they felt about living there compared to other nearby neighborhoods.

Where neighbors had the highest concentrations of place identity and were the happiest with where they lived, they also did the most efficient job of devaluing a fourth neighborhood, called Chelas, where place identity was low. Chelas was described by researchers as hetereogenous, fragmented, and interwoven with high-density housing and industrial areas. Residents of other neighborhoods loved where they lived, and they loved the fact that it wasn’t Chelas. Residents of Chelas, on the other hand, made themselves feel better about their own place by saying, “We’re not that different from everywhere else.”

Place is a substantial way to distinguish between Us and Them, and according to social identity theory, we need to identify Them in order to find Us. But there are ramifications to this kind of self-identity. Do we call other parts of town “the ghetto”? Do we say someone is from the wrong side of the tracks? Do small-towners demonize city-dwellers, or vice versa?

In social identity theory, people can most effectively make the case against Them if they’re familiar with the enemy. Areas that are similar but not too similar play up differences between the in-groups and out-groups. But it can also lead to culture wars, gang wars, racism, and territorialism.

I’m all about encouraging localism—my book, This Is Where You Belong, praises the benefits of loyalty to where you live. But I worry that, taken to an extreme, localism becomes another reason to define the Other, i.e., the people who are from other places. We shut ourselves off from people who are different geographically (or culturally, racially, or economically) based on the simple fact of their being different.

Social identities are fluid, a resource that fluctuates according to our current situation and need. If you’re new or temporary in your city, your self-identification with it might drop, while your identification with your state or country might increase. Similarly, if you identify with your neighborhood—I’m from Brooklyn!—your city might seem less important to you.

So imagine again that you’re at that party in Vietnam. This time, you meet a fellow American. Here? In Vietnam? So far away from home, it wouldn’t matter if she were from California and you were from Maine. Surrounded by members of an out-group, you’d both feel like you were from the same place. If she turned out to be from your city? Or even from a neighborhood you know? Well, that would be something of a miracle.