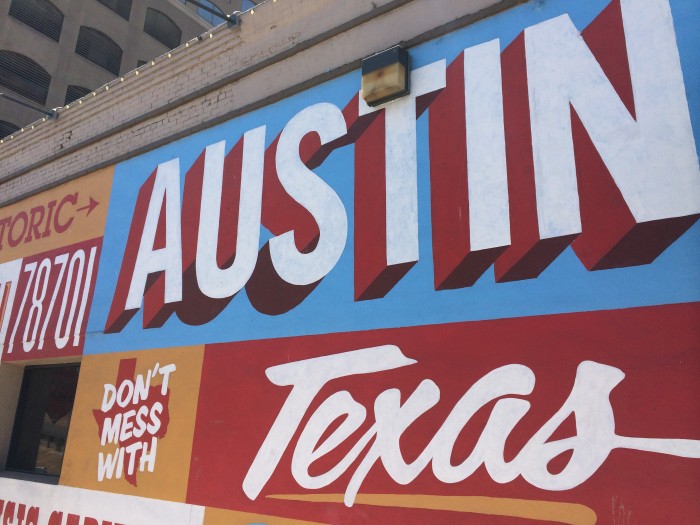 Tell your friends in Iowa that you’re moving to Austin, Texas, and they squee with a weird combo of joy and jealousy. They maybe get misty-eyed, or tell you how lucky you are. “Austin is a great city,” they say solemnly. “You’ll love it.” Hear this enough times and eventually you become a believer. Moving to Austin makes us the luckiest family on earth. Obviously.

Never had a place been so well-hyped in advance of a new resident’s arrival as Austin was when my family moved there in 2010. And I’m just going to come out and say it: Everyone was right. Austin IS a great city. I mean, the tacos, people. Alamo Drafthouse. Reading a book on the back patio in February. What’s not to love?

And yet for all these fantastic qualities, it never quite felt like home to us. Two years later we were moving again, looking for a town that would–although if Austin didn’t do it, I was pretty sure my husband and I were broken inside. What were we expecting to experience, anyway? Pure adoration? I couldn’t quite figure it out, until I learned about place attachment.

What is place attachment? It’s a love for your city, a belief that this, right here, is your place. It’s a sense of local belonging. It’s an emotional bond based on mutual history, responsibility, and affection.

You probably haven’t heard of it. Neither had I until a few years ago, when, after yet another semi-disastrous move to a new city, I started doing some research and eventually discovered that place attachment matters in a huge way to our physical and emotional well-being. What I learned so drastically changed how I thought about where I was living that I wrote a book about it, called This Is Where You Belong: The Art and Science of Loving the Place You Live (which comes out June 21, 2016, from Viking; you can preorder it now right here).

So how do you know whether you’re truly attached to the place you live now? Start by answering these three basic questions:

Read the rest of this post over at my new Psychology Today blog.