This year, my daughter’s thirteenth birthday happened to land on the day after Thanksgiving, and so, because she’s officially a teenager and required by law to obsess over clothes, we went Black Friday shopping. On Thanksgiving night. For four hours. The mall was exactly the bacchanal of consumerism that you’d expect, and yes, I did get a very cute jean jacket at the Gap, thank you very much.

A day later I returned to the pre-Christmas fray with another shopping mission: to spend a whole lot of cash in Blacksburg’s local businesses for Small Business Saturday. Like Black Friday, Small Business Saturday is a fabricated excuse for spending, started by American Express in 2010 because, in the words of CEO Ken Chenault, “small businesses are the engine of job creation in the U.S. economy.” As on Black Friday, one is expected to buy a lot of stuff.

But there is a significant qualitative difference. In the mall, I’m searching for good deals on stuff I want; you can practically see the dollar signs in my eyeballs. Shopping on Small Business Saturday, on the other hand, feels like a higher-level experience, half-consumerism, half-charity. 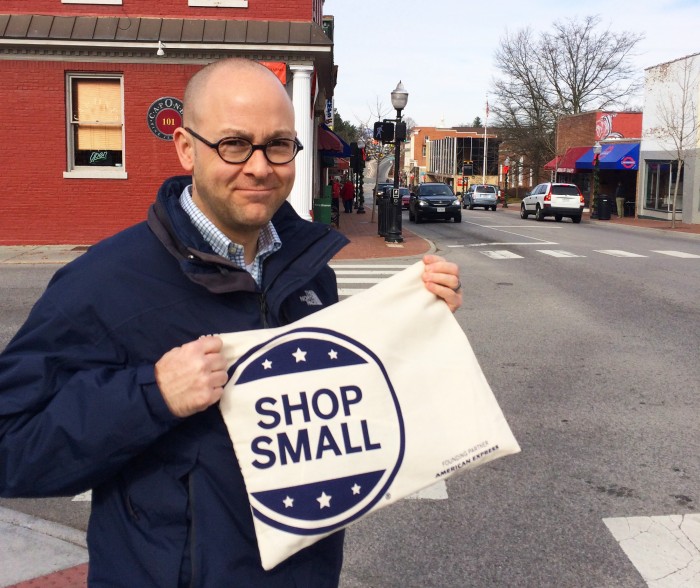 By my count, Quinn and I went into seven different stores and bought stuff at every last one. Most of it wasn’t originally on our shopping list, and most cost a bit more than we would have spent on Amazon. But I don’t have one twinge of buyers remorse (unusual for me!), and here’s why: 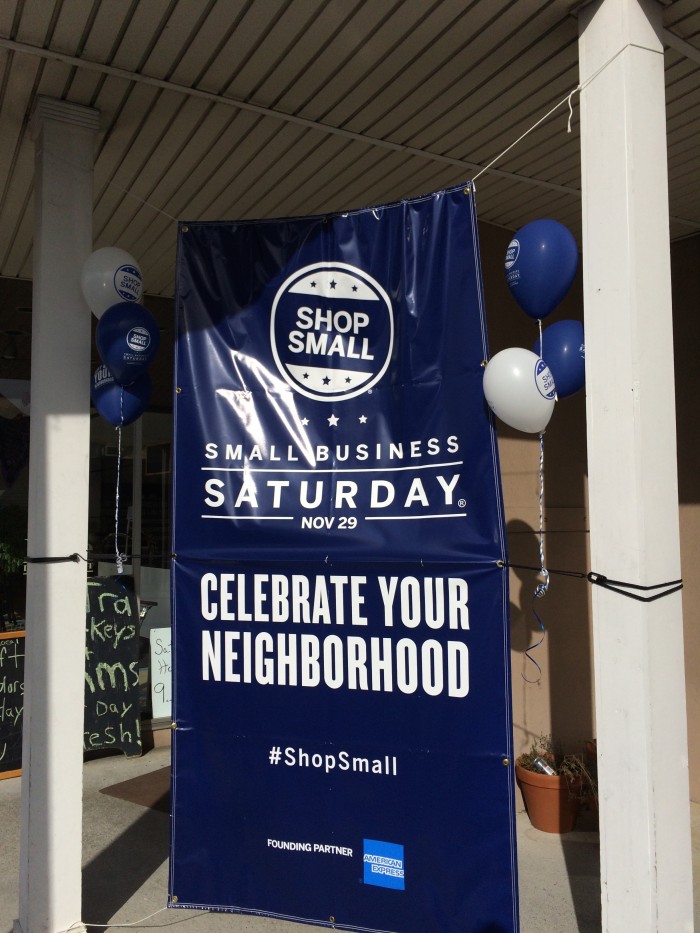 On my personal hierarchy of spending, bargains have traditionally been at the top. But I’m trying to prioritize locally made purchases, even when they’re slightly more expensive, because they make me happier. I know, consumerism is consumerism, and maybe I’m basking in an unwarranted halo effect. But Small Business Saturday at least gives me the illusion that I’m not just in it for the stuff.